The Ground Penetrating Radar (GPR) method as applied to foundation testing is primarily used to map rebar in foundation tops and to measure the depths of abutments, mats, spread footings, and other relatively shallow concrete foundations. The method can also be used to locate and map shallow buried foundations without excavation. The GPR method receives and measures the reflections of radio waves sent down through the soil or concrete. These waves bounce off of embedded objects such as rebar, and off of the foundation top and/or bottom if it is not deeper than the maximum penetration depth of the antenna being used. The method can be used to determine both the depth and location of reflectors within the foundation.

Another application of the GPR method to foundation testing is Borehole GPR, where a borehole-type antenna is used to look outward from the borehole to examine the material surrounding it, including any nearby foundations. This application of GPR can be used to measure foundation depth and offset distance from a borehole.

It should be noted that GPR, unlike X-Raying, does not require any evacuation or other safety precautions because the electromagnetic field produced is not harmful. 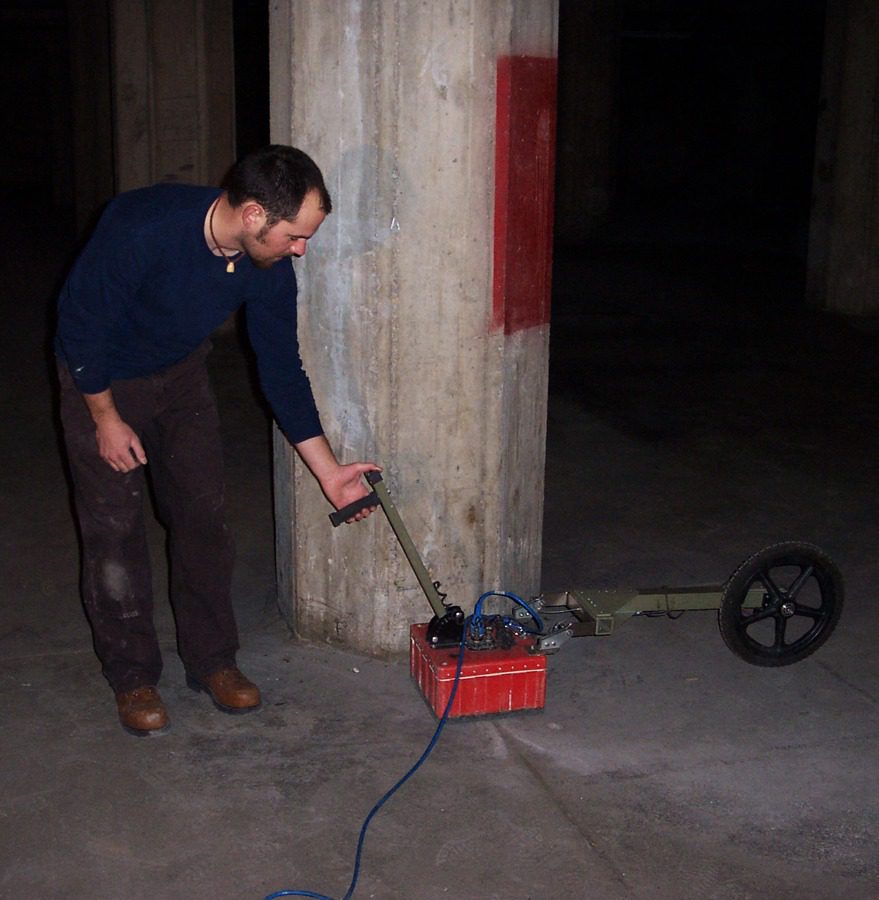 Spread Footers and Other Shallow Foundations

Location and Depth Measurements of Rebar in Concrete

Thickness and Depth Measurement of Foundations 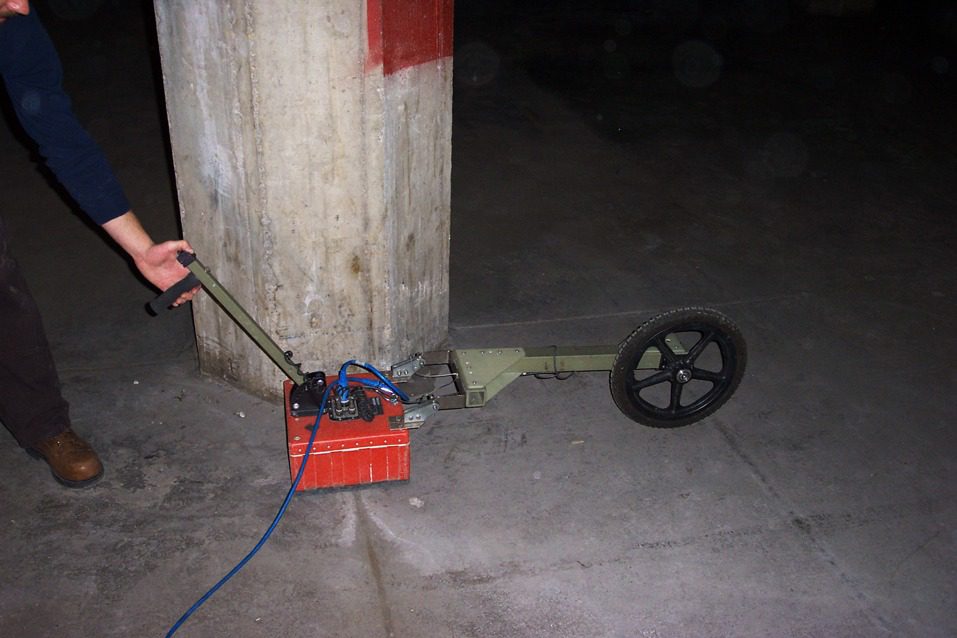 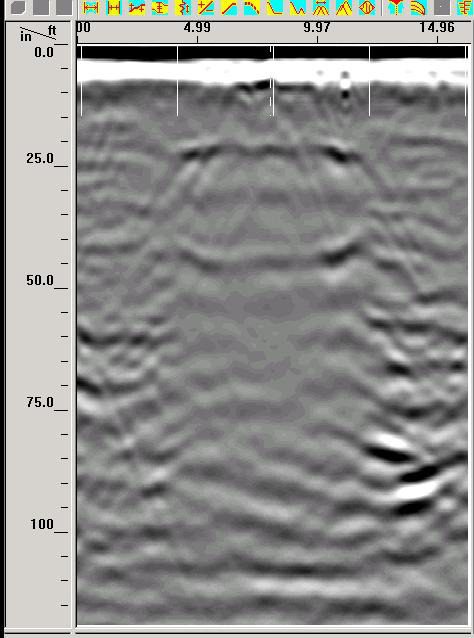 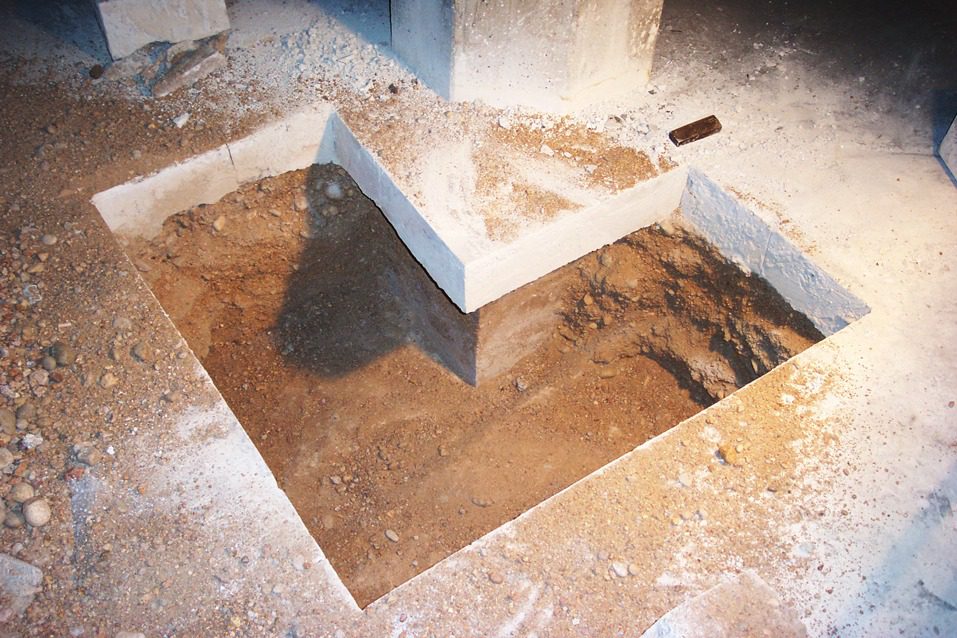