Seismic Refraction Tomography (SRT) uses P- or S-wave travel times to map vertical and lateral changes in the subsurface. A hammer blow or explosive charge (the shot) generates a seismic wave that travels through the ground. This wave is refracted along material boundaries and is then received at the surface by sensors (geophones). The refraction interfaces are subsurface boundaries, such as soil to bedrock transition, faults, or geologic contacts. Typically, SRT surveys are P-wave surveys that generate 2D or 3D P-wave velocity profiles of the subsurface. However, with specialized equipment S-wave refraction surveys can also be conducted. P-wave velocity profiles can show the depth and shape of bedrock, location of faults and paleochannels, and map slide planes of active landslides. They can also be used to calculate geotechnical parameters such as rippability and the P-wave modulus (if density estimates are available). The equipment and survey procedure are the same as Multi-channel Analysis of Surface Waves (MASW), so the two surveys can be conducted together with no additional field time thereby creating both P-wave and S-wave velocity profiles. With both P-wave and S-wave velocity profiles Poisson’s ratio can be calculated and with density estimates the Young’s and Bulk moduli can also be calculated. 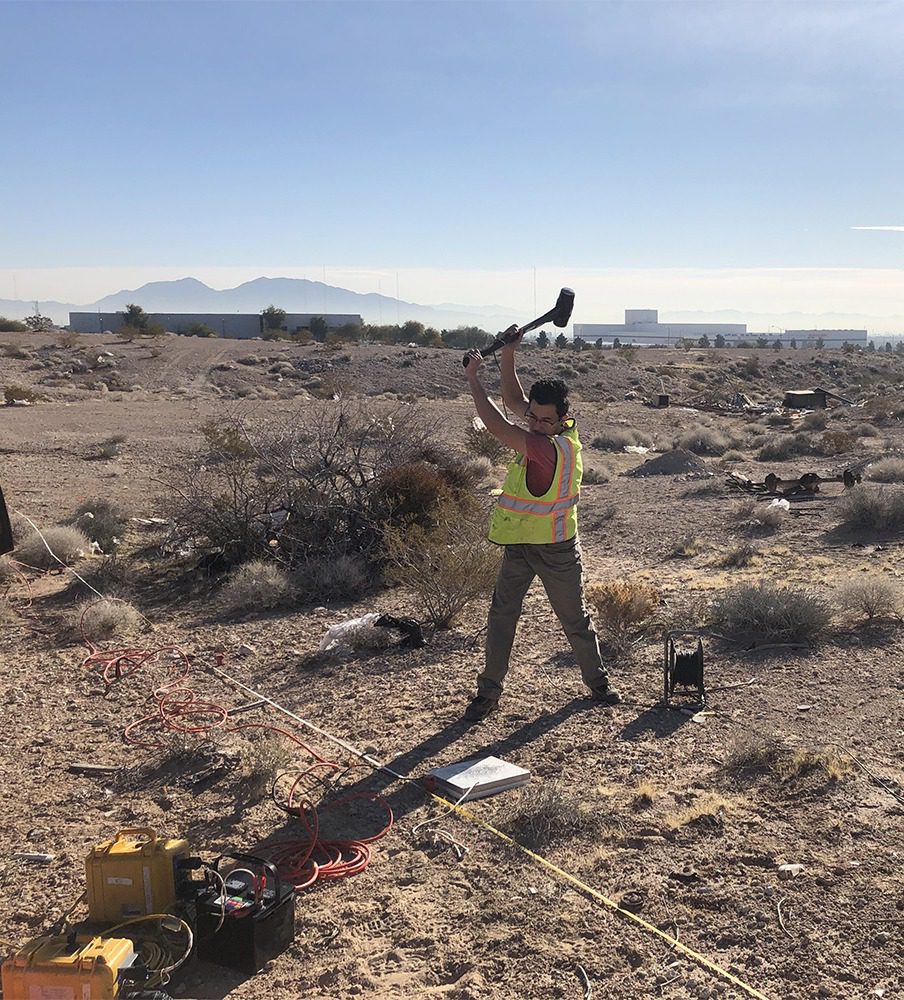 Depth to and Shape of Bedrock 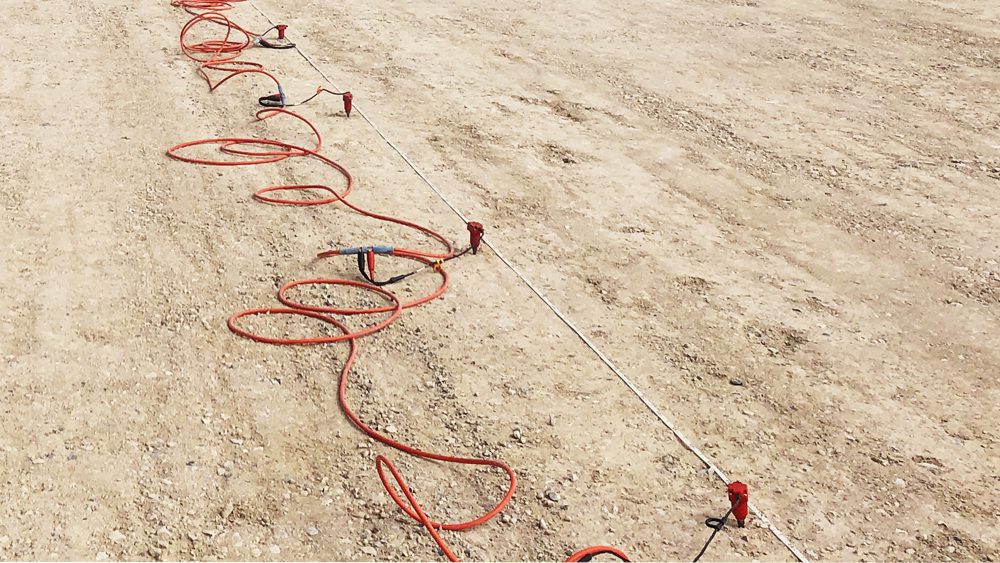 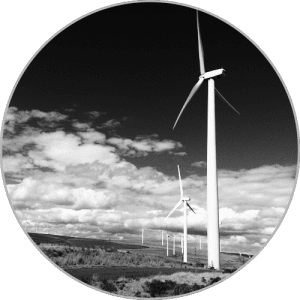 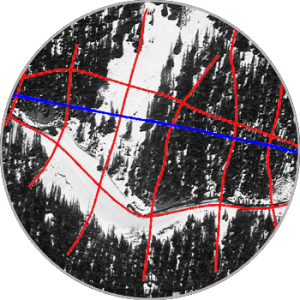