The Frequency Domain Electromagnetics (FDEM) method is based on the induction of electrical currents in subsurface conductors by electromagnetic waves generated at the surface. A transmitter loop generates a controlled EM field that propagates into the subsurface. As the EM energy encounters different subsurface materials, eddy currents are induced, and secondary EM fields are generated. This secondary field is then recorded at the surface by a receiver loop. A data logger measures the components of the secondary field that are in-phase with the transmitted EM energy, and that portion which is 90-degrees out of phase (the quadrature component). Under normal subsurface conditions, the in-phase component is strongly affected by the presence of buried metallic objects, while the quadrature component is directly related to terrain conductivity.  FDEM can be used to map lateral variations in moisture related to seepage through dams, levees, pipelines, or containment walls.  It can also be used to delineate the edges of landfills or to detect buried metal objects such as utilities or underground storage tanks. 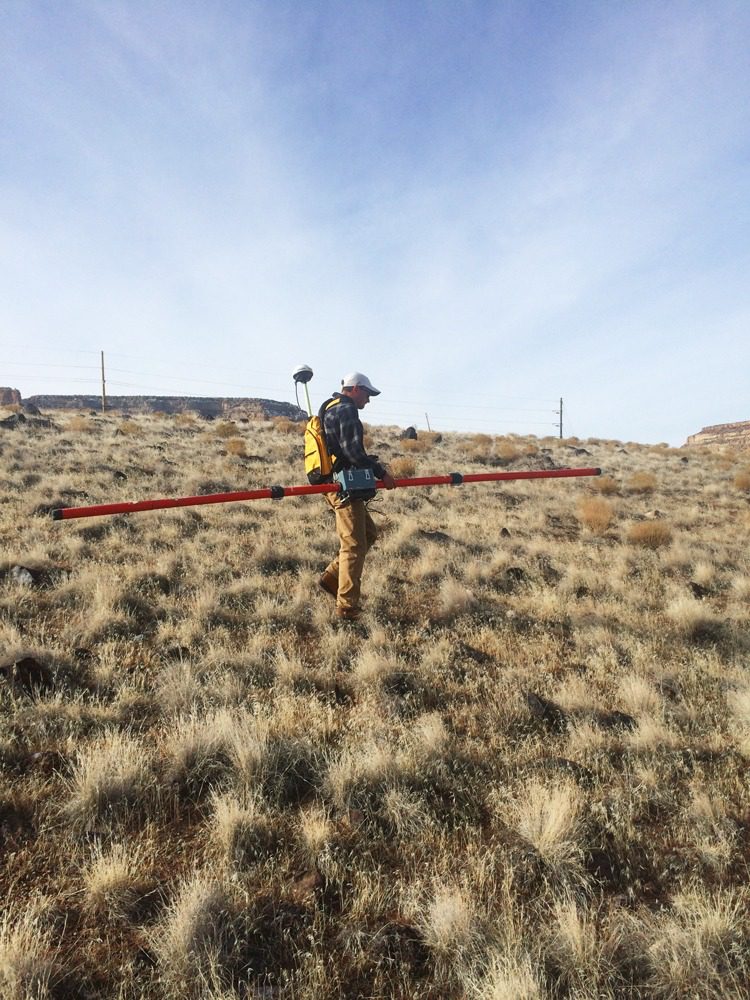 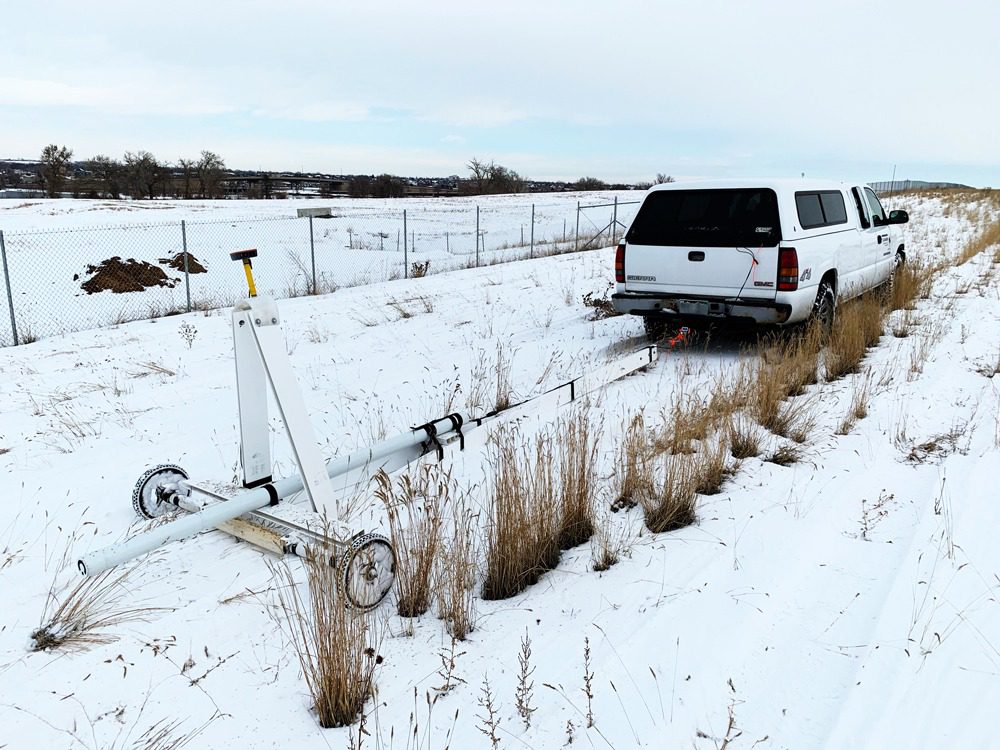 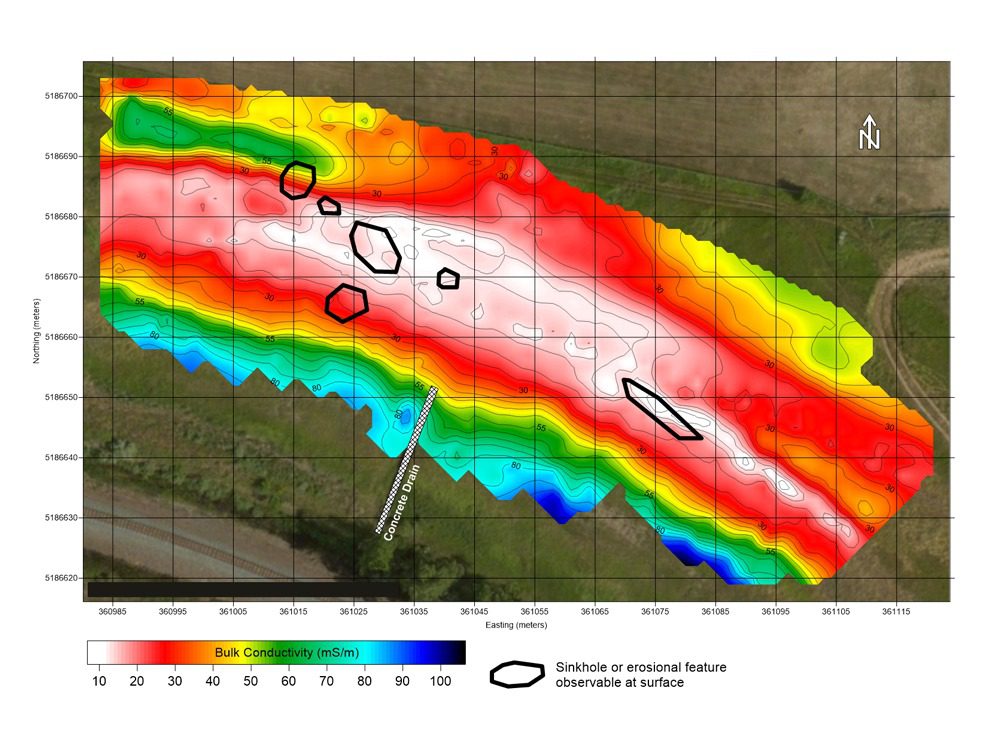 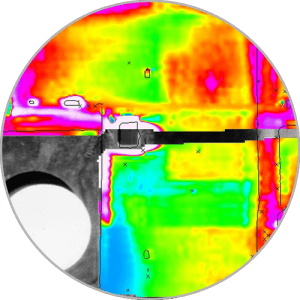